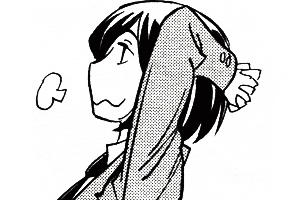 Asagami Private High Class Academy.
(私立浅上高等学校)
A pillar of strong moral fiber, unyielding sincerity and fortitude. National and abroad for athletes of excellency.  A national prominent.  A bit apart from the center of certain Prefecture. Located at the suburbs of the Mountain side Hill. With a vast lot of 250 km2  possesses around 2500 pupils. A splendid Mammoth of school. The Access is inconvenient and defectuous but the dormitories are close one another so that students can can return whenever they want. In the past, Asagami had an extensive middle and high school integrated education system, being a boarding college for girls of distinguished families. The uniform they wore was this: 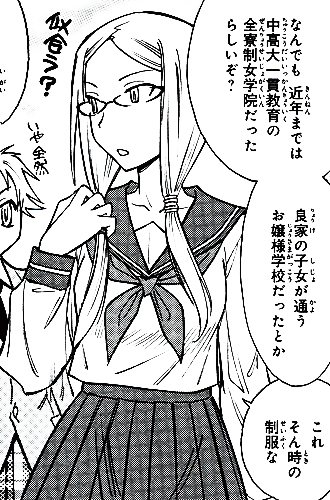 The school is currently a martial arts campus.

School Ranking System
(学内ランキング制度)
Most important system at Asagami. Created for the students to show their “power” in a contest of Martial Arts fights a.k.a “Ranking Battles” and obtain whatever they want (i.e. wager club budget to earn more). Among its merits are privilegies and good treatment. This however triggers prejudice and discrimation that sometimes are left unsolved. Its impartiality is currently the duty of Maria. 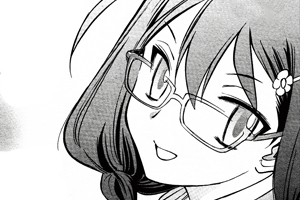 Arima Miyako （有間 都古）
Height: 152 cm; Weight: 52kg; Blood type: O.
Asagami Academy female student, first year, class three. Called “Number one at attendance”. Chesnut braid hair and black-framed glasses and wears a longer skirt compared to the rest of the students. Her plain looks and unsociability with her classmates triggered her quietness so much so that she trascended to almost a phantom, making her presence to barely be felt by others. Does not belong to any club. Currently at the bottom of the ranking (2497th). Defeated Minoru in one blow (Self-taught “Eight Fists Extremities – Panda Style”).  Hides her face with her glasses.  Apparently, junior high was a failure for her. 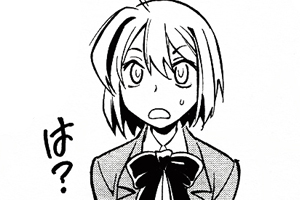 Nanaya Shiki （七夜 詩希）
Miyako’s classmate, number 25 at attendance*. Aikido club female member.
Currently position in the ranking is very low. Not very good at Aikido either but excellent at the Tea Ceremony. Was ordered to search for new club members and save the Aikido club by Asagami buchou! Met Miyako by chance. 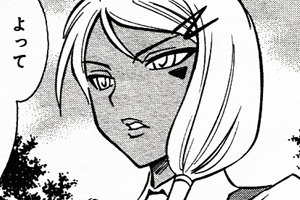 Maria E. Sokaris (マリア・E・ソカリス)
First seat member of the Audit Committee of Asagami Academy .
A tan student with blond hair. Former student council member. After she retired her duty switched to inspecting the fairness of the Ranking. A stern person. 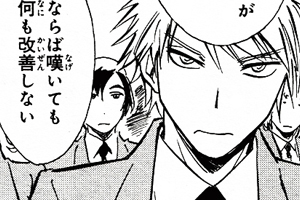 Kugamine Kunitsuna （久我峰 国綱）
Asagami Academy student council president. Made a few reforms to the Ranking. Does not seem to hold much power though. 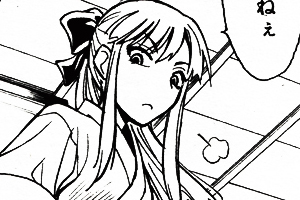 Akasa Maki （朱紗 慎妓）
Aikido club female member. Started the Aikido club around the same time with Shiki.* Much more stronger than Shiki. Kind of tsundere in my opinion. 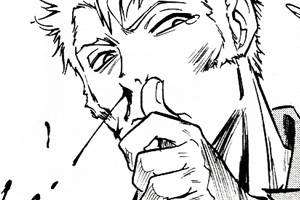 Mitsuzuri Minoru （美綴 稔）
Second year male student. Part of the Archery club. Called “Giant” for his notorious height. Confirmed being among the upper rank positions. Owner of a golden school badge. Got a weakness for cute things, specially girls. Beat Sagara in a Battle Ranking.  Acquantaince with Asagami buchou! 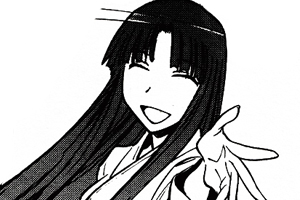 Asagami （浅神）
Third year female student. President (captain) of the Aikido club.
A girl of nonchalantly character, tolerant with Shiki. Was alone in the  Aikido club  for one year. Because of this and not meeting the number of members required to run a scholar club, she attracted Maria’s attention whom thus, issued a request notice to gather the needed club members. 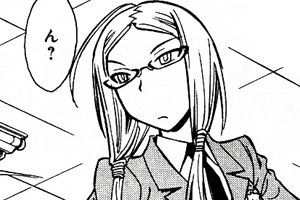 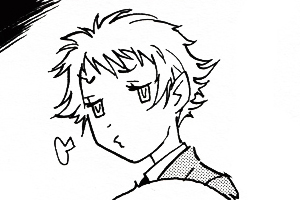 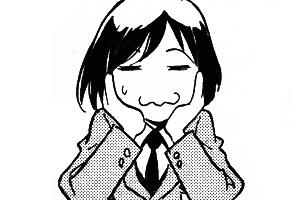 Nagare Ryouko （流 亮子）
First year, class 3,  female student. One of Shiki friends. Quite distintive for adding “nya” at the end of her sentences. Her lines are a pain to translate. Came up with the “Idiots Trio” name which is formed by her, Honey and Akira. 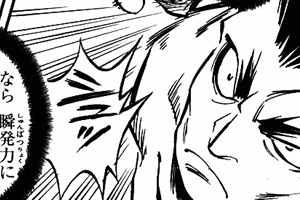 Sagara (相良)
Third year male student. Part of the Sumo club.
Wagered the Sumo club as well as the Archery club budget in a match against Minoru which he lost.

*Things I’m not entirely sure (probably read wrong, chapter is ahead of me) see? that’s why not even I can finish the chapter.