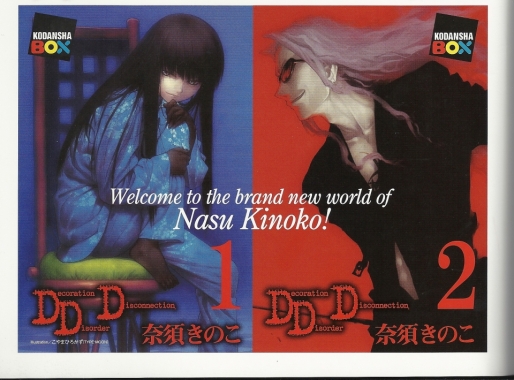 what did they mean by this? 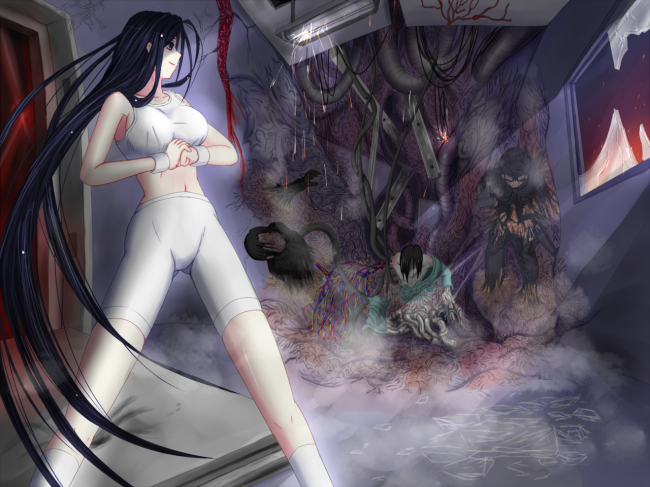 Yujumochi Arou
Ward D patient. “Amentia.Nightmare”. Fused the whole Ward C along with the central six-story building. Ruzeru described him as: “the man that whose ambiguous consciousness has turned the surroundinng environment into a biological chaos”. Defeated by Kanata (selfdestructed).

An interesting depiction by “y”.

I sort of encouraged months ago the guy to draw it, feels kinda nice.

——So we have a retarded, a girl with a singing polyp, other person that plays a yueqin, a girl that wears raincoats and another guy who dissolves its food because he cannot intake any solid, among other weirdos. Origa sure is/was an interesting place.——

…there’s only one line I’m not really was translated properly.

END_OF_DOCUMENT_TOKEN_TO_BE_REPLACED

Incomplete and with a plethora of typos (probably). I’ll fix them someday though.

Now available through the Decoration Disorder Disconnection tab too!

END_OF_DOCUMENT_TOKEN_TO_BE_REPLACED

Yashikido Kyouma
Ward D patient. “Visceras proliferation”. In quantity-wise the strongest demon possessed. Ruzeru described him as: “That unsightly brimming pool of organs.”. An Origa veteran and one of the few persons who spoke (via telephone) with Mokumoku. Lost against Kanata, dead.

If some russian is reading this then come here and let’s discuss Mokumoku’s lifespan. The short manga and the story Nasu wrote clash in terms of dates.